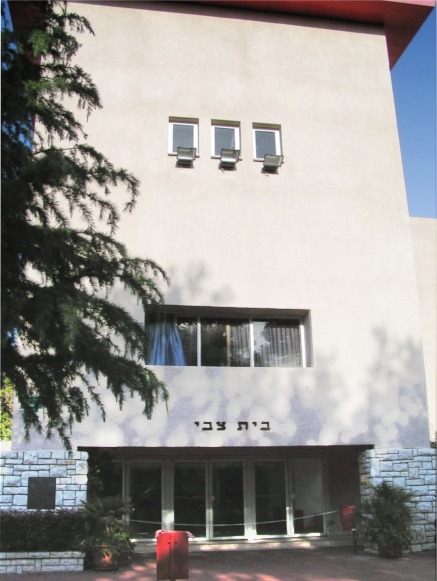 Open on 12/2/1961 with the support of the Ministry of Education and Culture, Beit Zvi has been in existence longer than any other school of its kind in . In addition to its three-year actors-training program, the school also trains stage managers, designers and directors complementary to the overall production schedule. 1984 saw the opening of the Library Theatre, adjacent to the school, with the express purpose of providing professional opportunities to Beit Zvi graduates.

The 1980's have seen a period of expansion for the school, in terms of the physical size and scope of activities, as well as a redefinition of goals for the program. The number of entering first-year students has increased to fifty, while the screening process at the end of the first two years has become more rigorous and selective. A one year preparatory program was created for select students prior to entering the full program.

Faculty size has increased three-fold, classroom and studio space has more than doubled, with additional construction underway. Both performance, halls have been renovated. The third year production schedule has gone from an average of six to an average of fifteen new productions per year, with similar increases in opportunities for first and second year students.

Permanent stock supplies of sets, costumes, props and lighting equipment were established and continue to expand yearly, with new spaces for construction and storage being erected.

The establishment of a publishing house for new scripts in translation for use by students and sale to the professional public has seen the publication of over 500 acting editions.

A scholarship fund has been established.

These essential experiences form the basis of future successes in the professional arena, and earn the student his certificate of graduation from Beit Zvi. As witness any random sampling of actor biographies in film, television and in the country's leading theatres, Beit Zvi has made and continues to make the largest, most significant and lasting contribution to actor training in today.